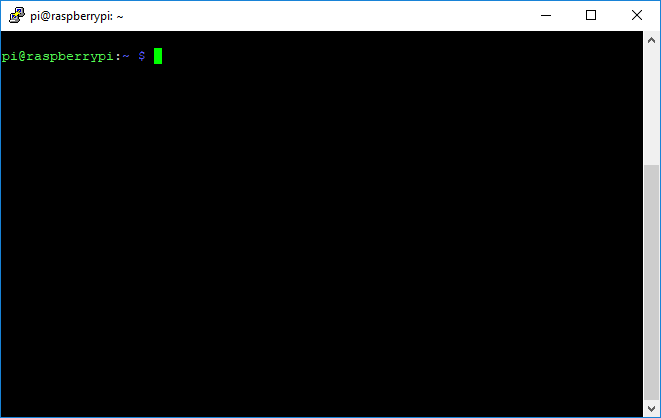 Sometimes it’s hard to keep track of all the Raspberry Pi commands you use, so I created a list of some of the most useful and important ones that will make using Linux on the Raspberry Pi (and any Debian Linux machine as well) a lot easier. But first a quick note about user privileges – here are two user “modes” you can work with in Linux. One is a user mode with basic access privileges, and the other is a mode with administrator access privileges (AKA super user, or root). Some tasks can’t be performed with basic privileges, so you’ll need to enter them with super user privileges to perform them. You’ll frequently see the prefix sudo before commands, which means you’re telling the computer to run the command with super user privileges.

Most of the commands below have a lot of other useful options that I don’t mention. To see a list of all the other available options for a command, enter the command, followed by – –help.

ping: Tests connectivity between two devices connected on a network. For example, ping 10.0.0.32 will send a packet to the device at IP 10.0.0.32 and wait for a response. It also works with website addresses.
ifconfig: To check the status of the wireless connection you are using (to see if wlan0 has acquired an IP address).
iwconfig: To check which network the wireless adapter is using.
iwlist wlan0 scan: Prints a list of the currently available wireless networks.
iwlist wlan0 scan | grep ESSID: Use grep along with the name of a field to list only the fields you need (for example to just list the ESSIDs).
nmap: Scans your network and lists connected devices, port number, protocol, state (open or closed) operating system, MAC addresses, and other information.
wget http://www.website.com/example.txt: Downloads the file example.txt from the web and saves it to the current directory.

I hope this list of commands will make navigating Linux on your Raspberry Pi more efficient and enjoyable. If you have any other commands that you use a lot, leave a comment to let me know (I will add them to this list).