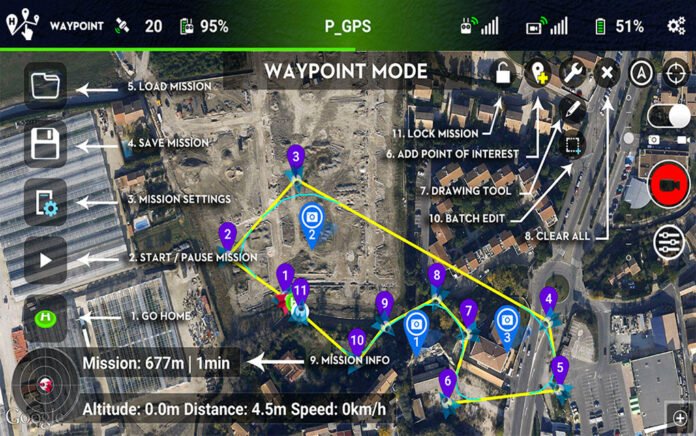 Litchi drone app, one of DJI‘s most popular third-party drone flight apps, has added support for the Mini 2, Mini SE, and Air 2S. If you own any of these drones, you can plan and fly autonomous missions, or use smart flight modes like follow, follow me, pan, and focus to get more out of your aircraft.

DJI Mini 2, Mini SE and Air 2S are supported through version 4.21.1-g of the Litchi app. Right now, only the Android app has been updated to add compatibility for these drones – because DJI hasn’t updated their Mobile SDK for iOS yet. SDK refers to a software development kit that allows third-party app developers such as Litchi to add features not natively available on DJI drones. Litchi hopes that the DJI Mobile SDK for iOS will be able to support the new drones by the end of March, shortly after which the flight planning app will release an iOS beta.

Here are some Litchi features that Mini 2, Mini SE and Air 2S drone users can enjoy if they use an Android device (Android 12 is also supported) to control their drone:

The Litchi for DJI Drones sells for $24.99 on Google Play, a relatively modest one-time investment in fairly advanced flight capabilities for your drone.

How to upload insta360 videos to Google Street View